There was a cheerful old tramp in the Bronx,
Who thought all other vagrants were twonks*,
Finding them stupid and smelly,
And friendly? Not on your nelly,
He’d rather give his head a couple of bonks!

*Derogitary term, roughly equivalent to idiot. More insulting than berk, but less insulting that gimp.
Thought to originate in the Victorian Era meaning a lower-class foreigner 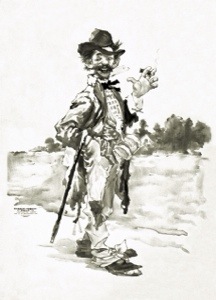 2 thoughts on “The Cheerful Tramp”